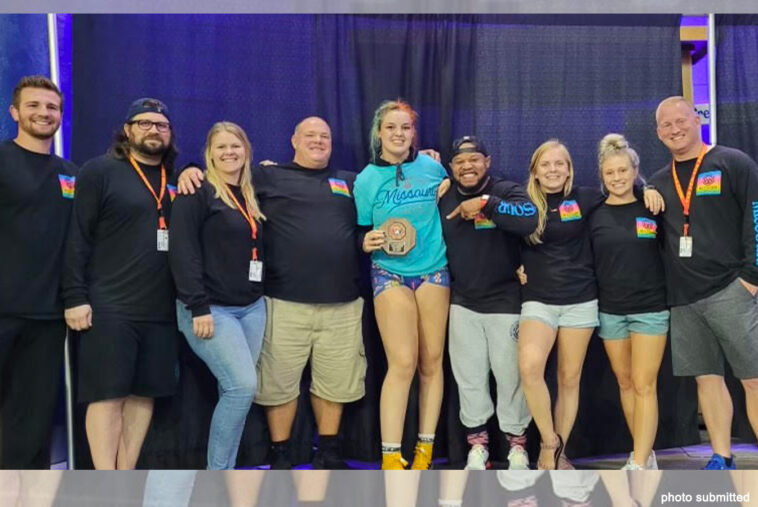 Dutton won the first state championship earlier this year for Springfield Central — for boys or girls — and she added a national championship by winning the 16U division at the 2021 U.S. Marine Corps 16U and Junior Nationals in Fargo, North Dakota.

Dutton dominated her foes on the way to the 16U title, which included winning a showdown with fellow Missourian Mariyah Brumley of Lebanon in the 200 pound finals, 12-0.

In her three matches, Dutton outscored her opponents, 10-0, 11-1 and 12-0. The only foe to score on her was Puerto Rico’s Genesis Carillo.

“I weirdly wasn’t nervous for once,” Dutton said of going into the finals against Brumley, who she pinned to win the Ozark Conference championship back in January in the only meeting during the regular season. “I knew that I worked my butt off and that this is what I worked for and I wasn’t going to let anything stop me from taking that title.”

Dutton claimed the 195-pound championship earlier this season for the Bulldogs in the high school season, going 36-2 on the year.