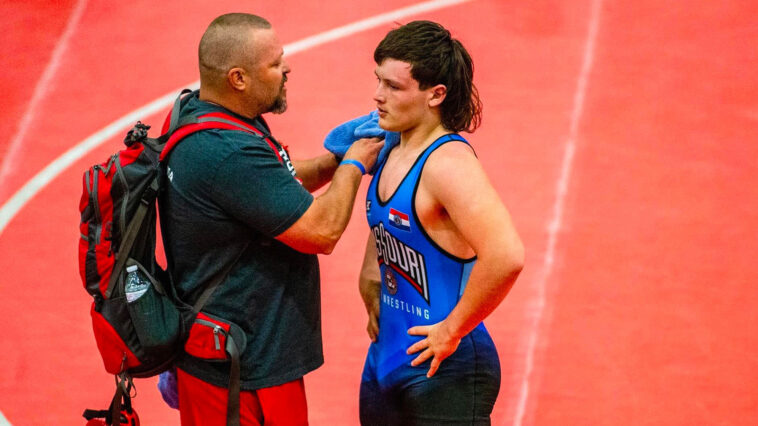 Missouri did pretty well at the 16U Cadet National Duals, with six wrestlers being named to the All-Tournament teams from the event held earlier this month in Westfield, Indiana.

Wrestlers had to post an undefeated record to be qualified to be on the team — either Greco-Roman or freestyle.

Missouri had the second most wrestlers in Greco-Roman with five, one behind Minnesota. Missouri had only two on the freestyle team. Ozark’s Braxton Strick was one of only 18 wrestlers to make the all-tournament team in both styles.

Most of the Missouri wrestlers on the Greco-Roman team were state medalists this past year at the MSHSAA State Wrestling Champions. Strick (152) was a runner-up in Class 4, while Dai’mont Mucker (182) of Staley took third place in Class 4. Samuel Murphy (220) was fourth in Class 3 for McDonald County.