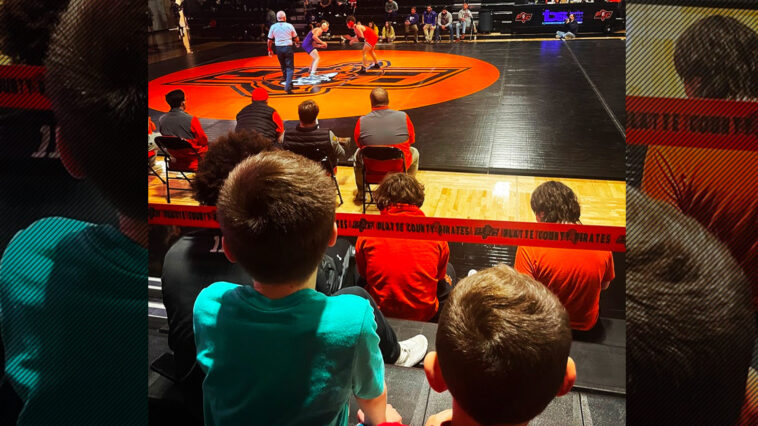 It was a close race throughout Saturday’s Platte County Invitational as Olathe North (Kan.) and Hannibal were battling for first place.

In the end, North did just enough at the end of the tournament to win it with 343.5 points. Hannibal had the best finish of any Missouri team as it took second with 338.5 points. Helias Catholic was third with 285.

The Pirates had three wrestlers win their bracket and three others who were runner-ups in their division. Austin Brown (106 pounds), Drake Brinkley (120) and Tristen Essig (126) all stood atop the podium as they helped their team finish in second.

Brown (106) said he rode his passbys and snap down moves to victory. He pinned Helias’ Parker Lock in the semifinals before pinning North’s Jaxson Scott in the championship to earn a goal medal.

“The competition was pretty tough,” said Brown, who is ranked No. 6 in his weight class according to the MissouriWrestling.com poll. “That kid I had there at the end was pretty tough.”

Brinkley went 7-0 and had the unique scenario of having to face his own teammate in the finals. He took on Korbin Howe, who was on the Hannibal junior varsity, and he was able to escape with a 7-4 victory to earn his spot atop the podium.

“I think I wrestled pretty good,” Brinkley said. “I was good at controlling my opponents and keeping them down.”

Essig was good at that exact same thing as the No. 2-ranked wrestler in the 126-pound weight class in Class 3 as he went 8-0 with seven pins and one tech fall. In the championship, he pinned Helias’ Carter Prenger in 5:44 to take his weight division.

“I think I did really well in neutral, which is what I have been primarily focusing on this week,” Essig said. “I want to make sure I am dominating on neutral and that I am doing well on top. It was a mix of everything (to get takedowns). If it was there, I hit it.”

Below is a summary of the Missouri wrestlers who had the top finish in each bracket not already mentioned:

113: No. 5-ranked Cooper Collins of Excelsior Springs showed why he’s in the top six of his weight class in Class 2 as he took first after pinning Blue Springs Aleksei Wojtkiewicz in the semifinals and earning a 2-0 victory against Olathe North’s Blake Samuelson.