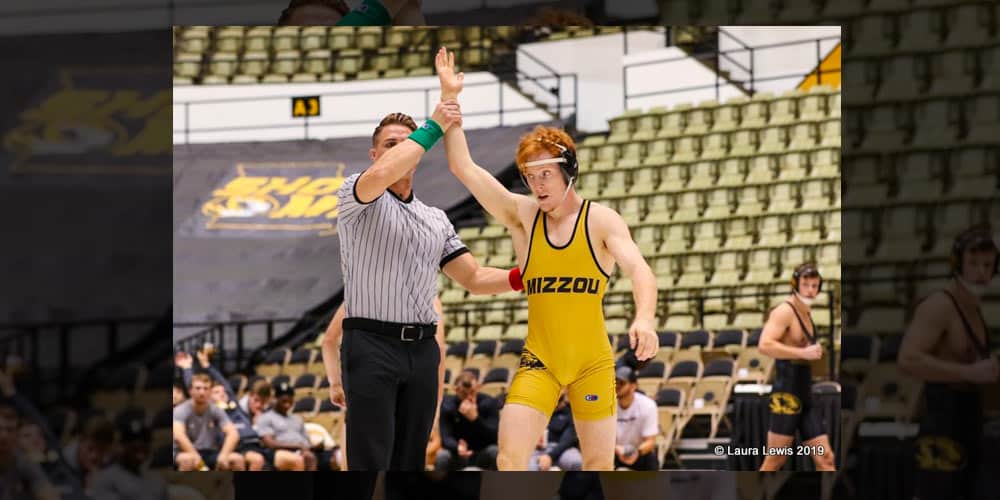 Thoughts: Missouri has at two wrestlers listed at nine of the ten weight classes and most guys will see at least one dual worth of action throughout the day.

Whoever ends up going for the Tigers at the lightest weight class, we should be in for a tremendous bout. Noah Surtin wrestles with tremendous pace and is really solid in utilizing underhooks and overhooks to pull into sweep singles and low doubles. Surtin is solid on the mat as well, Surtin is listed first in the game notes listed by Missouri, but I fully expect Brown to start in this dual for a couple of reasons.

The first reason I expect to see Brown in this dual is that he committed out of high school to wrestle at South Dakota State and was an NCAA qualifier for the Jackrabbits as a true freshman. Brown would ultimately follow Coach Chris Bono to Wisconsin, before coming back home to Missouri last season.

The next reason I think we see Brown here is that he took a 3-2 win over Surtin in a really competitive bout at Black and Gold. Brown is funky and is an excellent scrambler and pinner. He is tremendously tough on top and has a wide variety of turns including cradles, assassins and claw tilts out of a crab ride. Daniel Vega enters the season ranked for the Jackrabbits, coming off of a 24-10 season last year, in which he really emerged as a solid starter. In the past Vega was really small for the weight class, but he has had a lot of time to grow into a full sized 125 and horsepower is likely no longer an issue. Vega suffered an 8-6 defeat to Missouri reserve Cevion Severado last season at the South Beach Duals individual competition. ‘Vega rarely gets beaten badly and I expect this to be a close one.

Ultimately, I have Brown getting his season started right with a ranked win, that should help him push into the rankings sooner rather than later.