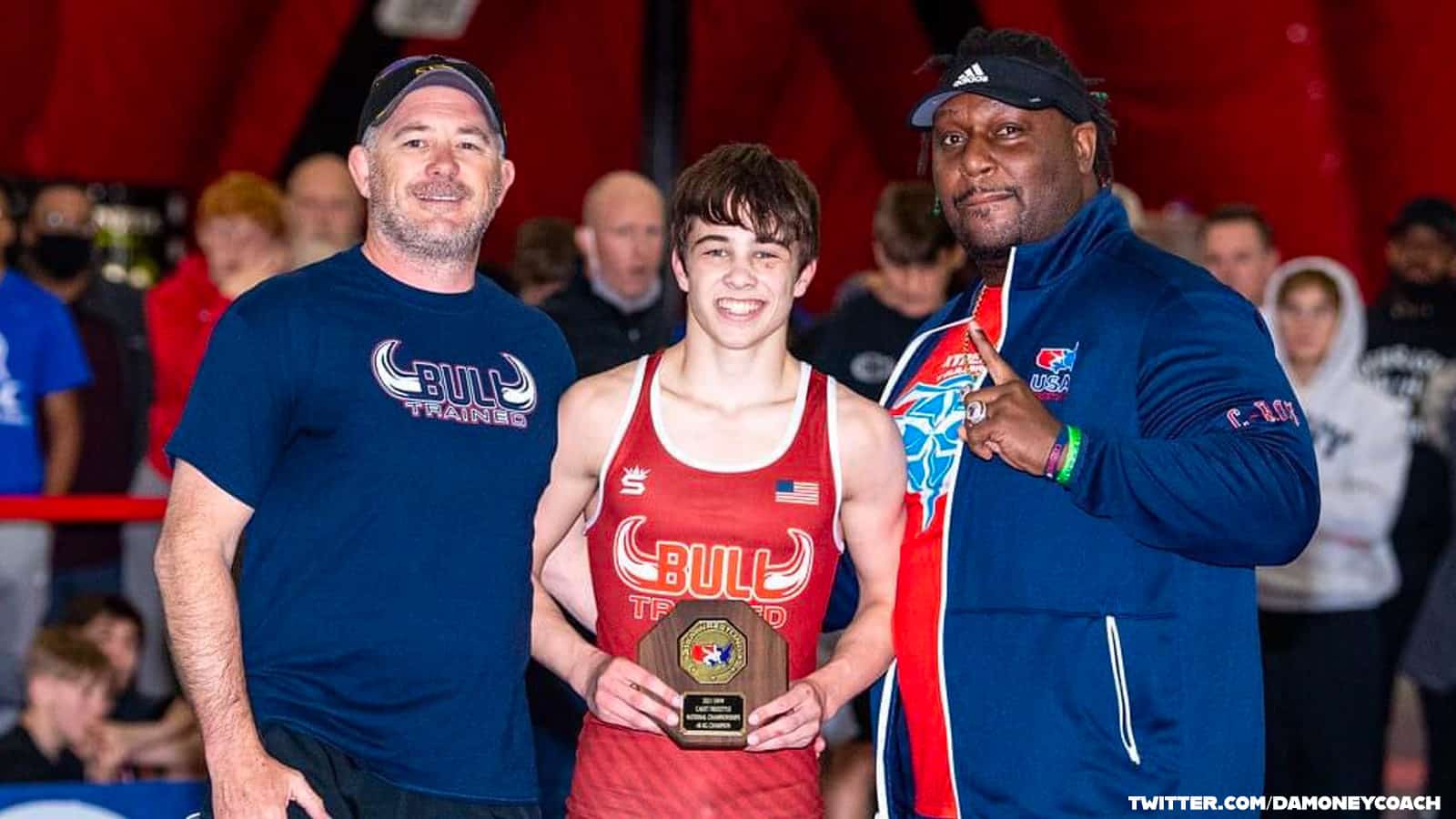 Training at CBC with Cornell Robinson, one of the best coaches in the country, and sporting his Bull Trained singlet representing Missouri Wrestling legend Sammy Henson, a World Champion.

Lilledahl started his day off with an opponent from Illinois but made quick work of him posting a 10-0 tech in just over a minute. Next was the well known Sam Herring creator of the Home Mat Advantage Podcast, a Pennsylvania product who is very tough. Luke looked impressive again with a 8-0 win going the full time. His semi-finals he didn’t slow down with a 10-0 tech in just under 4 minutes.

The finals here were 2 out of 3, Lilledahl had his hands full with another Pennsylvania product in Nathan Desmond, who was 31-6 in points scored vs scored against up to the finals, Desmond managed to score the first points of the tournament on Lilledahl in their first match with an early slide by takedown to a trap arm gut. Lilledahl came back with a four of his own after the break to take the lead which he’d never relinquish again. In the second match however was much more controlled as it was all Lilledahl taking the win 3-0.

We’re super excited to have so many Missouri wrestlers out here making World Teams! Go earn some Gold boys!