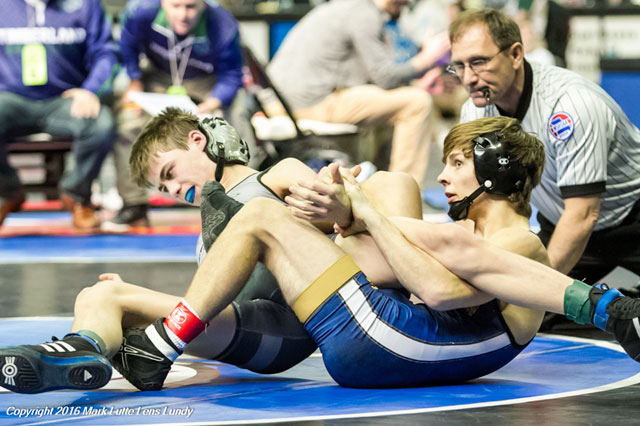 My previous article was intended to be my last for the season; but I found myself stuffing down inspiration for something that was on my mind as I saw post after post of excitement on Facebook from Missouri coaches and parents so proud of their wrestlers qualifying for the State tournament this week.

I’ve written in the past regarding my many regrets relative to this sport. I’ve been open about these things and how I wish I could do it all over again…not just because I would want to correct my mistakes and overall approach, but because I love the sport and would want an opportunity to compete with this love and passion running through my veins.

I won a State championship in Missouri as a freshman. It was an incredible experience. But not everybody walks away from the State tournament with a gold medal around their neck. In fact, the majority of wrestlers competing this week/weekend will discover their goals and dreams shattered. We don’t like to talk about it or even acknowledge it, but it’s true. And I’ve been on both ends of this predicament. You see, after winning the State championship as a freshman, I confronted defeat the two following seasons. My sophomore and junior trips to State resulted in two third place finishes. And when it happened the second time, when my goals and dreams were shattered again, I couldn’t take it anymore. I told my family and teammates I was done with the sport after that tournament. I said I would finish the tournament, but not return for my senior campaign. I didn’t contain any positive overarching perspective on wrestling, nor did I care about acquiring such a thing, or know that such a thing existed.

You know, one of the things I tell people when the question comes up about my writing and my books is this: I hope to enable current wrestlers to gain the positive overarching perspective that I never had; I hope to encourage them, even now, even when they’re in the midst of the grind, to look upon the sport as a character-informing, life-informing resource; and to take hold of and appreciate this once-in-a-lifetime experience. I don’t think this is impossible. Yes, those who have come and gone through the sport can more easily appreciate the value of wrestling because they can now look upon things retrospectively. But for so many of us this retrospective view carries both joy and pain. Joy, because we can now see all the positive aspects that we didn’t see when we were in the midst of it. And pain, because we couldn’t see it when we were competing; we were unable to take hold of the experience or put in all we had with a clear mind and a disposition of gratefulness.

So yes, my hope is that I might be able to help wrestlers see the sport for what it is now, while they’re still competing. And maybe, just maybe, as I continue to write and write and write, some of this writing will serve a greater purpose than just words on paper or a computer screen; that these words might deliver a message that some of these current wrestlers are willing to listen to, that they are willing to put into action. And then maybe, just maybe, their bag of regrets relative to this sport will hold a lot less than mine.

Well, as many of you know who have read my work, my junior year of high school wasn’t the end for me. After experiencing the pain of loss – once…and then again – I put my wrestling shoes back on and I returned to the mat. I made my way back to the State tournament as a senior, and back to the top of the podium.

If you’re a wrestler, do something for me. As you’re on the floor of the arena, rolling around on the mats and preparing for your match, take a step back, look around, and soak in the experience. You’ve trained all year for the opportunity to compete in the State tournament and pursue your goals. But that tournament will come and go faster that any of us can imagine. And once it’s gone…it’s gone. So as you look around, as you’re soaking in the experience, recite this to yourself: I’m glad I’m alive…I’m glad I’m here…and win or lose, I’m ready to make the most of this experience.