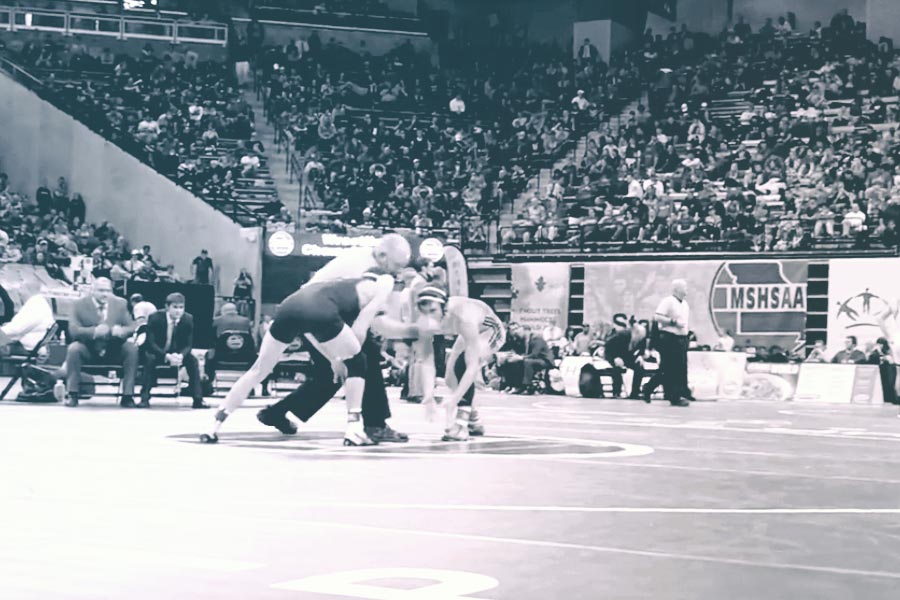 As some of my readers know, I do some traveling and speaking throughout the country, particularly in the summer and fall months. Some of these speaking engagements involve large venues and audiences, while others are smaller and include presentations to high school and college wrestling programs. Back in October, one of my stops was at York College of Pennsylvania.

Now, those who are familiar with my work know that the element of “faith” is central to my message. And when I arrived at York, I was uncertain the sort of response I would get; for even though faith was the foundation of the school’s development over a century ago, it wasn’t necessarily an existing component within its present structure. To my surprise, a genuine and lively discussion developed with the wrestlers. Not only did we have a great Q&A after my presentation, but afterward the wrestlers lined up to speak with me on a more personal level in order to delve deeper into the matters that were discussed.

One issue that continued to surface was that of “identity.” That is, wrestlers in particular have a hard time resisting the temptation to discover their identity in wrestling, to extract their self-worth and value from what they’re able to accomplish on the mat. And quite frankly, this is arguably the issue that underlies all others. Perhaps it’s due to the individualistic nature of the sport, or perhaps it’s the amount of personal sacrifice that is exuded and the subsequent experience of achievement that may transpire. Whatever the case may be, the issue of identity and its connection to one’s perceived self-worth and value seems to be the dominant struggle for many wrestlers.

As it pertains to this issue, a distinction needs to be made: there’s a difference between wrestling being a part of and helping inform one’s identity, and wrestling being the very source of one’s identity relative to self-worth and value. The former is empowering; the latter is damaging. To deal with this matter, a part of my message has been to encourage wrestlers to view the sport as a gift. When something is viewed as a gift, a certain level of freedom and gratefulness cultivates; and honestly, it changes everything! If we examine the heart and mind of a wrestler, what we find is that so much of their approach to the sport is guided by their passion (their love or value of the sport) and their mindset (how they view the sport as well as their relationship to it). The recognition of wrestling as a gift yields nothing but positive results. In short, the wrestler is no longer desperately trying to extract self-worth and value from the sport via wins and accolades, but is instead recognizing the value that already exists within the sport itself as well as their ability to participate in and experience that value (I and others have gone to great lengths in describing what this value looks like, so it should be unnecessary to repeat the long list or description here). The value is one that is gratefully experienced similar to the way in which a person gratefully experiences the benefits of a gift. This approach frees the wrestler’s mind – rids it of all the garbage of expectations and pressure – and allows the wrestler to embrace the sport with nothing but a sincere desire to grow in it and become a better, more well-rounded competitor. It enables them to tune into why they’re engaged in the sport in the first place and develop a real, genuine love for it. It opens the door to a true pursuit of greatness, one that is aligned with being perhaps one of the best wrestlers to ever step on the mat, but a pursuit that is born of a love and passion for the sport not of a selfish clawing in one’s life to extract every ounce of self-worth and value they can.

To be honest, we are starting to hear this message loud and clear from our best wrestlers and the programs they’re connected with. And we’re also seeing the fruits of this message being lived out on the mat. I don’t think it’s coincidence that these same wrestlers are those who are performing at a high level and competing in a way that has elevated the sport in terms of excitement. Simply put, the perception of wrestling as a gift is very much related to the competitor’s performance on the mat.

So, make sure there is a clear understanding of identity. Coaches and parents need to consistently talk about this issue with their wrestlers; and wrestlers need to work through it within the contour of their own heart and mind.

Once a wrestler always a wrestler. The title will forever be attached to your identity. But how you understand the nature of this identity is crucial.